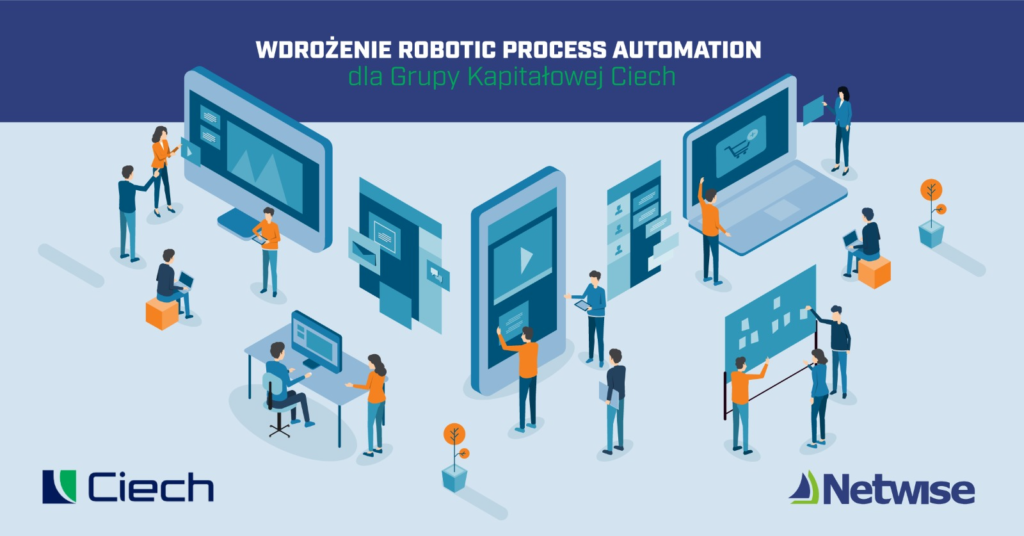 Purpose of the project

The aim of the project was to create a file ready for posting, containing mapped data from the German and Romanian branches, which have different ERP systems and, consequently, a different chart of accounts. The mapping concerned G / L accounts, partner companies and segments.

Until now, the process was handled manually, which posed the risk of making a mistake, and additionally took the time of employees.

The analysis of Netwise consultants showed that the best solution would be to use the Robotic Process Automation class technology based on the Microsoft Power Automate platform. As a result of the implementation, an application was created – a robot that collects input data in the form of Excel files and configuration data from Sharepoint lists. The robot processes and maps the input data from business units and then saves the data transformation result in one unified file, which is ready for posting and requires no additional actions.

Thanks to the use of Microsoft Power Automate, the robot application is flexible and ready for changes that can be introduced in a short time. Thanks to the configurator available in Microsoft Power Automate, the robot can be modified and extended directly by trained and technology-familiar CIECH employees.
Collaboration and record duration
During the implementation of the project, it was necessary to use a flexible approach to incorporate changes in the application. The CIECH team was able to test and modify both the scope and flow implemented in Microsoft Power Automate on an ongoing basis. The fully operational robot was ready 2 months after the start of cooperation between CIECH and Netwise.

About the CIECH Group:

CIECH is an international, developing chemical group with a strong position on global markets. It is the second producer of soda ash and baking soda in the European Union, the largest producer of evaporated salt in Poland, the largest supplier of sodium silicates in Europe, the largest Polish producer of plant protection chemicals and a leading producer of polyurethane foams in Poland. It has factories in Poland, Germany and Romania and employs over 3,000 people throughout the EU.

Since 2005, the company CIECH S.A. is listed on the Warsaw Stock Exchange, and since 2016, simultaneously, on one of the largest stock exchanges in Europe – Börse Frankfurt. The development of the Group is supported by the strategic investor – Kulczyk Investments.

As one of the largest Polish exporters, CIECH sends its goods to almost all continents. They are used to produce articles necessary in the everyday life of millions of people around the world, which is why the Group is an important element of many sectors of the economy – construction, automotive, agriculture, chemical, food and pharmaceutical industries.

CIECH combines a modern approach to business with care for sustainable development. Since 2020, he has been a member of the United Nations Global Compact – the world’s largest initiative that brings together socially, environmentally and economically responsible enterprises.

More information about the CIECH Group can be found at www.ciechgroup.com and www.ciechdlagospodarki.pl

"The project carried out together with Netwise allowed us to automate the process of mapping and aggregation of accounting data in Ciech S.A. Robotization not only eliminated the risk of human error, but also accelerated the entire process. In cooperation with Netwise experts, we highly appreciate their knowledge and experience, but also a flexible approach and putting our business needs first " Katarzyna Rybacka, Chief Accountant in CIECH S.A.

All rights reserved © Netwise S.A. (2019)
This website uses cookies. We use them to ensure that we give you the best experience on our website.AcceptReject Learn more

This website uses cookies to improve your experience while you navigate through the website. Out of these cookies, the cookies that are categorized as necessary are stored on your browser as they are essential for the working of basic functionalities of the website. We also use third-party cookies that help us analyze and understand how you use this website. These cookies will be stored in your browser only with your consent. You also have the option to opt-out of these cookies. But opting out of some of these cookies may have an effect on your browsing experience.
Necessary Always Enabled
Necessary cookies are absolutely essential for the website to function properly. This category only includes cookies that ensures basic functionalities and security features of the website. These cookies do not store any personal information.
Non-necessary
Any cookies that may not be particularly necessary for the website to function and is used specifically to collect user personal data via analytics, ads, other embedded contents are termed as non-necessary cookies. It is mandatory to procure user consent prior to running these cookies on your website.
SAVE & ACCEPT