Netwise S.A., together with CIECH S.A. very quickly implemented a process automation solution that allows to map and aggregate financial data from systems other than SAP. The solution is based on Microsoft technologies and will speed up the transfer, processing and analysis of financial data from foreign companies of the CIECH Group. 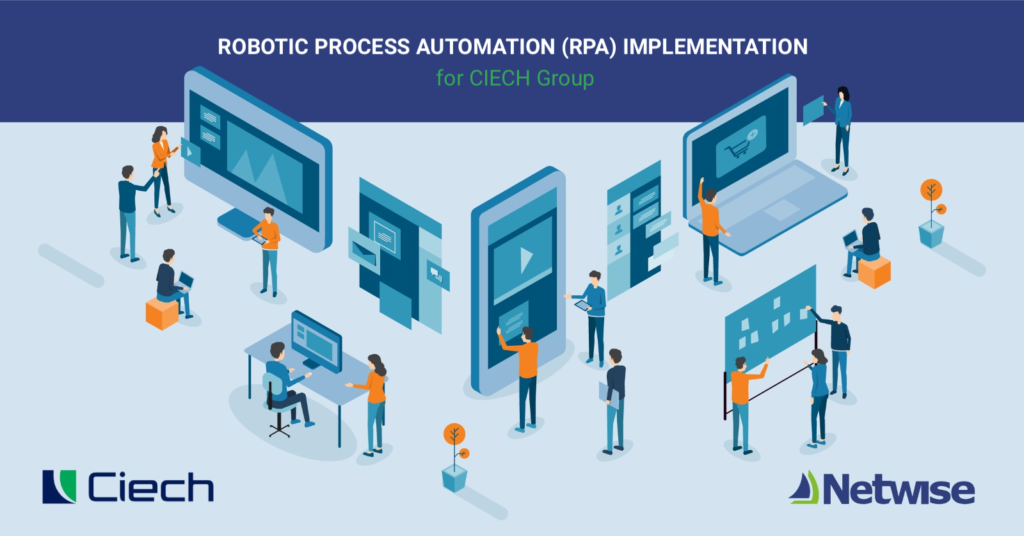 The goal of the project was to automate the creation of one, structured, ready-to-be-published file containing mapped financial data from the German and Romanian branches, which have different ERP systems and, consequently, a different account structure. The mapping concerned G / L accounts, partner companies and segments.
Until now, the process was handled manually, which posed the risk of making a mistake, and additionally took the time of employees. 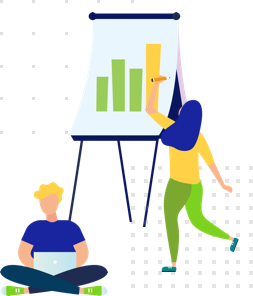 “The project carried out together with Netwise allowed us to automate the process of mapping and aggregation of accounting data in Ciech S.A. Robotization not only eliminated the risk of human error, but also accelerated the entire process. In cooperation with Netwise experts, we highly appreciate their knowledge and experience, but also a flexible approach and putting our business needs first”

Business analysis executed by Netwise consultants indicated that the best solution would be to use a Robotic Process Automation (RPA) technology based on Microsoft Power Automate. As a result of the project, the team implemented an application / a robot that collects input data from multiple Excel files and configuration data stored in Sharepoint. The robot processes and maps the input data from differente business units and saves the data transformation result in one unified file, which is ready for publishing and requires no additional actions.

“As a result of close cooperation and openness of the CIECH team to our recommendations, a robot supporting the transformation and data mapping was created in a very short time. It is worth emphasizing that the technology used and the adopted approach allowed for making changes in the agreed processing process very flexibly and in a short time during the project. It is particularly important in the adaptation of new solutions in the organization and in the standardization of business processes.”

– adds Krystian Hatała, Member of the Management Board, Netwise S.A.

During the project implementation, it was necessary to apply a flexible approach to taking into account changes in the application. The CIECH team was able to test and modify both the scope and flow implemented in Microsoft Power Automate on an ongoing basis. The fully operational robot was ready 2 months after the start of cooperation between CIECH and Netwise.

Since 2005, CIECH S.A. has been listed on the Warsaw Stock Exchange, and since 2016, simultaneously, on one of the largest stock exchanges in Europe – Börse Frankfurt. The development of the Group is supported by its strategic investor – Kulczyk Investments.

As one of the largest Polish exporters, CIECH ships its goods to almost each continent. They are used to manufacture products necessary in the everyday life of millions of people around the world. That is why the Group is a crucial element of numerous sectors of the economy – construction, automotive, agriculture, chemical, food and pharmaceutical industries.

Get in touch with us to talk about your CRM, PRM or any other line-of-business application needs.

Contact Us
All rights reserved © Netwise S.A. (2019)
This website uses cookies. We use them to ensure that we give you the best experience on our website.AcceptReject Learn more

This website uses cookies to improve your experience while you navigate through the website. Out of these cookies, the cookies that are categorized as necessary are stored on your browser as they are essential for the working of basic functionalities of the website. We also use third-party cookies that help us analyze and understand how you use this website. These cookies will be stored in your browser only with your consent. You also have the option to opt-out of these cookies. But opting out of some of these cookies may have an effect on your browsing experience.
Necessary Always Enabled
Necessary cookies are absolutely essential for the website to function properly. This category only includes cookies that ensures basic functionalities and security features of the website. These cookies do not store any personal information.
Non-necessary
Any cookies that may not be particularly necessary for the website to function and is used specifically to collect user personal data via analytics, ads, other embedded contents are termed as non-necessary cookies. It is mandatory to procure user consent prior to running these cookies on your website.
SAVE & ACCEPT